A lady brought me this old leather couch and asked if anything could be done with it. She was on her way to the dump, but as a last resort, she wanted me to take a look. Looks bad huh?

Well, she didn't know what I knew ... and I could see the potential!

Needless to say, like a kid in a candy store, I was up for the challenge! 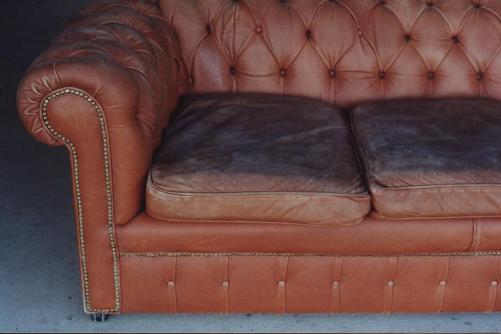 Here's the couch exactly as it arrived.

If you take a closer look you'll see some buttons missing from the inside back; the cushions had lost their shape; the antique nails were tarnished; and last but not least, the finish was worn out.

I set to work and had my upholsterer replace the missing buttons and refill the cushions. I then carefully removed the antique nails, repaired any surface damage such as nicks and scufs etc, then refinished and recoloured the entire couch back to its original colour, replaced with new nails and here it is ... 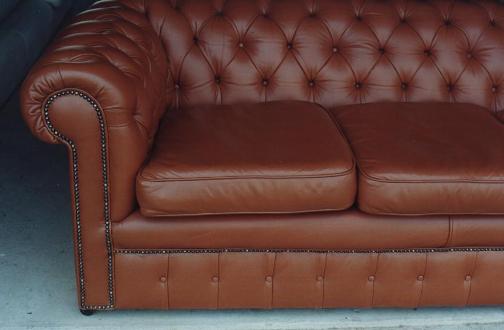 Here's the couch after the make-over.

When the lady came to pick it up ... she couldn't believe here eyes!

I love it when that happens!

DIY Products - Want to restore or maintain your own leather?